A COLLECTION OF CAMBODIAN FOLK TALES

Folktales grew from the imagination and the lives of people, passed through from generation to generation, the stories have sometimes altered during the retelling process, ordinary characters become bigger than life, situations exaggerated.

They remain popular both with adults and children, especially the latter who respond quickly to the stories. They are simple to understand with no complicated plot involved, they are short, and sometimes humorous. The sense of justice is always there, the good character will be rewarded and the evil one always gets punished at the end! Folktales may lead to a better understanding of customs and culture. Here are the folktales, so enjoy!
THE RABBIT AND THE PALM FRUIT

There was a rabbit who lived under a palm tree near a hillock. One day he was sound asleep, when a ripe palm fruit fell down on the ground near by. He heard the cracking sound of the dried palm leaves.
At this sound, he was frightened, and said to himself "It is and earthquake!", and then he jumped up and began running without looking behind. When the Oxen saw him in high speed, they said to him, "Rabbit! why are you running so fast? What is the matter?"
The Rabbit shouted in haste "Brother oxen! It's an earthquake! Do not stay here! Run!" The Oxen heard what the Rabbit had said and they were frightened too, and they began to run, and soon after they met the Pigs and Deer. They too ran after the Oxen and the Rabbit. When the Elephants saw them running, they too, asked "Why are you running, Oxen" What is the matter?" The Oxen told them "Do not stay here! The earthquake is coming!" Hearing this story, the Elephants jointed them. When they all reached the Lion's den, the clever Lion, seeing all the panic-stricken animals, asked the Elephants.
"Why are you running? What is the matter?"
The Elephants replied, "We do not know exactly why. We saw the Oxen running, so we ran after them, we heard something about an earthquake" 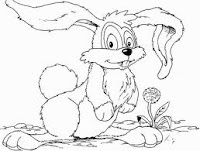 The Lion asked the Oxen "Why are you running? What is the matter? Oxen?" The Oxen said "We do not know either. We saw the Rabbit running, so we ran after him"
The Lion asked the Deer and the Pigs, but they answered like wise. So finally he questioned the Rabbit. The Rabbits answered "I am none too sure, myself. While I was sound asleep under a palm tree, the earth breaking up pierced my ears, so I was afraid and began to run"
The clever Lion then led all the panicky animals to the palm tree, and showed them the cracked palm fruit lying on the ground. The embarrassed animals gave the Rabbit a sound rebuke and went back to their own places.

The Blackbird and The Monkey

There were two blackbirds: male and female who set up their nest on a tree. Mean while it was raining, a homeless monkey who was stricken with cold came to stay under the blackbird's tree. When the blackbirds saw him terribly shivering, one counseled him " Oh, Brother Monkey, you have two hands and two legs as a man does. Why don't you build home for your dwelling? "

The monkey said " I have two hands and two legs as a man does. Thus I am a nestles animal. The truth is I cannot do it. " The blackbird said again " You do not need knowledge to build your nest. You see the birds have only one beak and they can build the nest which they need for their protection from the cold and the rain. You had better think it over. Am I right or not? All the animals in the world have their own dwelling to protect their babies and their mates from suffering. If you cannot build a good nest, you just put branches one on another and you cover it with leaves for your own nest for a while. You do not depend on another dwelling or on a branch or on a tree. It is very difficult for your mate and your young ones. Monkey you have two hands and two legs, I think you can do it. Please do it, do not wait for your knowledge to help you.

All the animals have only strength will work in their own way. They never work like the human beings. You see even the worm, the locust and the termite which are very small, but they have their own habitations, and you, why can't you do it? Other animals have no more knowledge than you, but they are able to build habitations of their own. You said that you cannot do it because you do not want to do it, and you are lazy animal. "

When the monkey heard the blackbird criticize him, he became very angry, because he was ashamed before the blackbirds, and then he swung straight to the blackbird's nest and dropped it down.

" Do not give counsel those who do not want to listen. "
The Female Crocodile who wanted to eat the Monkey's Heart 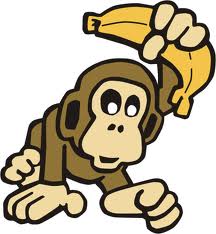 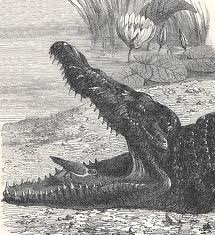 When in one of his former births, the Buddha was born as a monkey, called Mahakabin, he was powerful and lived in the forest near the river in which there was a small island in the middle. That island had every kind of fruit for his food. Between the river and the shore there was a sand bank. The monkey leaped from the shore to the sand bank first, then to the island.

Mean while there were two crocodiles, female and male, who lived in the river. Latter on the female crocodile was with child and wanted to eat the monkey's heart, then she told her husband " I am eager to eat a monkey's heart. If you can not find one for me, I will die and leave you alone."

The male crocodile said " Oh, darling! Do not worry. If you are eager to eat it, let me bring it for you, because I see every day a big monkey who crosses the river to the island. Usually he stops on the sand bank before, he goes to the island, I will swim and creep on that island to kill him for you."

The monkey repeated this sentence three times. When the crocodile heard the monkey call the sand bank, he thought that the bank was not talking to the monkey, because he covered it, then he pretended to be the sand bank and replied " Oh, friend monkey I am not higher than yesterday. Please leap on me! "

" If you need my life, Please open your mouth widely and close your eyes, I will jump into your mouth " said the monkey, " and be sure to close your mouth. " Then the monkey saw that it was a good chance to leap to pass to the shore. He then jump on the crocodile's body and from there leaped on to the shore as fast as an arrow.

When the crocodile thought the monkey passed over his back could not catch him, he was very sorry to be out witted by the monkey, and he left the sand for his own place in the river.
The Crow and The Deer

Once there lived together as friends two animals, a crow and a deer. Later on a wolf met the deer in the forest and wanted to be his friend, then the deer agreed. Then the two animals often met each other. But the crow knew that the wolf was very wicked, and dishonest; then he warned the deer not to be friendly with the wolf.

The crow said " The wolf pretends to be friendly, when you are taken in by his tricks, he will kill you sometime " By and by the deer fell into the wolf's tricks, so did not listen to the crow's warning. He agreed to come to the wolf 's place everyday.

One day the wolf saw a trap in the forest, then he thought he would lead the deer to it, and when the deer was caught in the trap, he would eat him. Planning to kill the deer, the wolf went to see the deer at his place, and then the wolf told the deer that there was good food somewhere in the forest.

It was not easy to find food, when the deer heard this, he was very happy to go with the wolf who guided him to the trap. And finally he was caught in the trap. Being afraid of death, the deer called for help from the wolf, the wolf pretended to be afraid of the man who came to see the trap, then he went in to the forest to hide until the deer would be killed, then he would eat him.

One day when the crow did not see the deer come back in the evening, he flew around everywhere as far as the forest where the deer was caught in the trap, then he saw the deer and said to him " Oh, friend! why are you caught in the trap? " The deer told the crow " This is my mistake in believing the wolf who asked me to come with him to find food here, now, when the trap holds me, he leaves me here and he goes away. Please save my life."

The crow told the deer to play a trick with the hunter, then he said " when you see the hunter come to see the trap. You lie down as a dead deer and don't move. Do not even breathe! The hunter will be sure that you are dead. When he takes you off the trap, you will hear me crowing, you are get up and run into the forest away from the man." the deer agreed to the crow's plan.

When the hunter came to see his trap, he saw the deer caught, then he thought that the deer had died. He took the deer off the trap and put him on one side, then he looked around him, when the crow saw that the hunter was not paying attention to the deer, he crowed to let the deer run away and the deer ran quickly at high speed into the forest.

when the hunter saw that the deer ran away, he took a sword and ran after the deer to throw the sword at the deer, but the sword dropped on the wolf who waited for the deer's meat in a bush near the trap, the sword struck the wolf's neck killing him. The crow guided the deer to the forest where the hunter could not kill him any more.
Next
Posted by Khmersupporter at 10:09 AM